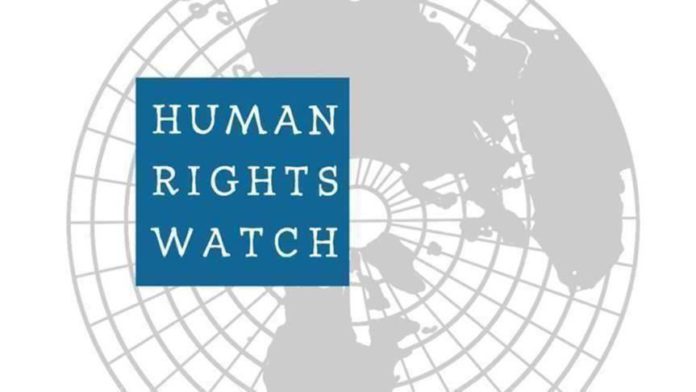 “That Macron is only accusing Turkey– which supports the government recognized by the United Nations and, at least officially, by France itself– is perplexing, yet it reveals France’s ambiguities regarding Libya,” Bruno Stagno Ugarte, the group’s deputy executive director for advocacy, said in a blog post.

He was referring to French President Emmanuel Macron.

“In singling out Ankara, Macron keeps complicit silence over the repeated interference of Egypt and the United Arab Emirates, and is indulgent vis-à-vis Russia. All three support General Khalifa Hiftar, a disgraced former ally of the late Libyan ruler Muammar Gaddafi who has sought to become the new strongman in Libya, even at the price of a devastating civil war,” Ugarte added.

Libya has been mired in strife since NATO-led operations facilitated the overthrow of former strongman Muammar Gadaffi in 2011.

The country’s new government was founded four years later in 2015 under a UN-led agreement, but efforts for a long-term political settlement have so far failed due to a military offensive by renegade general Khalifa Haftar’s forces.

Since April 2019, Haftar’s forces have launched attacks on the Libyan capital of Tripoli and other parts of northwestern Libya, resulting in more than 1,000 deaths, including civilians. Haftar has the support of the United Arab Emirates, Egypt and Russia while the UN-recognized government is backed by Turkey.

Ugarte said that Haftar’s offensive on Tripoli sent Libya into a “more dire” crisis than the one that immediately followed Gadaffi’s 2011 ouster, and said Paris “sidesteps the many violations committed by” Haftar’s and affiliated forces, as well as the “repeated interference” of Egyptian President Abdel-Fatah al-Sisi.

“But their deeds don’t match their nice words: their political support for Sisi and, at least indirectly, for Hiftar despite the abuses committed by forces under their command; their continuing cooperation in the ‘war against terrorism’ despite both generals using this war to repress all political opposition to their rule; and at least in the case of al-Sisi, France’s multi-billion-euro arms sales,” he added.

Ex-Galatasaray forward Baros to retire at end of season

Gunmen kill 9 members of US family in Mexico

November 10, 2019
We use cookies to ensure that we give you the best experience on our website. If you continue to use this site we will assume that you are happy with it.Ok